• Who would benefit most from AFM?

• How does AFM work and where to start?

First of all, our platform is free. When you visit, we will provide categories along with their subcategories. You will be able to watch movies and will be able to share your preferences with all of your followers. Taking our fun and quick surveys will help you to accomplish just that.

What?? DWAS stands for Decide, Watch, Act, Share. After watching a movie from the AFM platform, we ask you to share your opinion (positive or negative) with all moviegoers by participating in the poll on that movie’s post. Jump on the DWAS wagon and enjoy the journey of entertainment!

• Learn from your experience with AFM and apply what you know.

You can see messages from film critics, and you can take surveys that will guide the moviegoers on their future projects. You can test your knowledge about movie genres, and you can discover new, unusual ones while you are improving your movie archive.

Don’t just watch, question what you watch, critique, and share it…

• How do I find my next favorite movie?

Having a specific goal can help us to help you on your journey into the world of cinema. So many movies can be confusing at first.

Sorting through all the offerings, AFM has created a catalog to help you to find exactly the kind of movie you’re looking for, quickly and easily. This is why AFM stands out!

The movie choice journey is just the same. The fact that there are too many movies makes ​learning this journey seem difficult in the beginning. To make this easier, try putting yourself in the other film lovers’ shoes. Ask yourself:

Where can I go when I need an answer? (People appreciate when their needs are anticipated)
Where do I normally find new movies or extraordinary movies?
What helps me to make a decision to watch a certain movie?
Do I see a brand again after I get the movie recommendations?

• The History and the Evolution of Cinema

Movies have changed our world… and AFM is a great place to find the best movies around the globe!

In this chapter, we will talk about the history and evolution of cinema. We will explain how movies change the world and why All Favorite Movies’ great place for watching the best movies.

Well, what is the starting point of the movies?

The oldest movie in the world was made in 1895 by the French Auguste and Louis Lumiére brothers, on December 28, 1895. Their audience was a group of 33 people. It was not a single movie. The show featured 10 short films, each movie was 46 seconds. These movies included “The Arrival of a Train at La Ciotat / L’arrivée d’un train à La Ciotat” and the “Employees Leaving the Lumière Factory / La sortie des ouvriers de l’usine Lumière”. Georges Méliès, who was the first producer of the fictional movies was also invited to their show at the Salon Indien Du Grand Café in Paris. At first, the audience thought that it was some kind of magic happening, and some of them left the theater screaming, while the train was getting closer towards them. With that show, the Lumiére Brothers earned the title of the producers of the oldest movie in the History of the Cinema World.

Since then, the movie industry has come a long way and together with came new necessities. For example, movie sites, full of Cinephiles surfing through the movies, sorts and ranks movies which are presented in abundance. Most of the movie websites have a similar goal: to create the most accurate list possible for the audience who uses their site. The audience expects to reach those movies quickly. So, why is that? Because they’re interested in that movie at that specific moment in time. It’s a way to make the most of their limited time. That’s why you want to be in a high-functioning site like AFM.

We figure you might be curious about how the process works. How we pick out the movies for you so quickly. Although each movie site has its own unique style, in general, they work similarly. They do all these major tasks:

1. First, it examines the content it was allowed to see and learned, it is called scanning.
2. Second, categorizes each piece of content, it is called to add to the directory.
3. Third, decides the most optimal movies for you. This action is called “ranking”.

All search engines use software called BOT to have access to the pages on the internet and to run automated tasks at a high speed. AFM uses BOT to scan web pages, images, videos and gathers the content.

Adding movies to archives is the second step. The archive consists of an enormous list of all the movies found and watched by Cinephiles around the world. Cinephiles also benefit from these lists displayed on the All Favorite Movies site as a source of information.

What’s left is sorting. The way AFM does sorting is our secret ingredient. All this aside, our goal is the most important thing. AFM searches the World Wide Web to find the best movies.

Cinephiles, whose purpose is to search for high-quality movies, to watch and add them to their movie archives, can jump from one movie to another by following the links.

Our goal is to build the connection between movie lovers and movies.

It’s all about the quality.

• This is the step-by-step way to create a successful movie archive:

Choose the movies right for you.
Prioritize them.
Arrange them as you like.

Follow these steps in order to create a quality film archive and learn how to improve them according to your needs and expectations and prioritize them.

• Making your mind on a good movie to watch is the keystone in being an accomplished Cinephile.

Why should you search for a good movie?
What should we take into consideration when choosing good movies?

In this section, we will put forward what to take into consideration when choosing a movie so that you can reach for quality movies and your archived will benefit from it. Good movie selection is the founding stone for being a Cinephile.

• So, why should we watch good movies? Here is an example:

In all of your film choices remember the golden rule! The content of our site will be addressing to our visitors, not to the search engines.

How to define a good movie?
How to choose the important criterions?
What are the useful tools?

Honestly, an extraordinary number of movies have been made in the history of the cinema, and it can be hard to know where to start. Being part of our community can simplify this task and help you measure your progress at each step. We’ll help you find the perfect movie by deciding by using the tools we’ve created. When you set a goal, you can measure, track and report the results.

Conversions: Watching the movies we present you with through AFM screening system saves time and helps you to transform these movies into something that is pleasurable for you.
Interaction: By ranking the movies you watch, you can influence others to watch (or avoid) those movies.
Expanding your network: Meeting other people who have similar ideas as you.

When you set a goal, it helps our system to show you how well your archive is performing.

Make a goal to watch movies that open new horizons and help you discover new worlds. Use your time efficiently. Start setting your goals and visit All Favorite Movies often. You are on your way to being a successful Cinephile!

Please do not forget! ALL FAVORITE MOVIES (AFM) Everywhere.

Here are allfavoritemovies writers’ favorite films for our followers!

For All and More: See you down www.allfavoritemovies.com

• The History and Evolution of Cinema

The Oscar Favorite Next Project 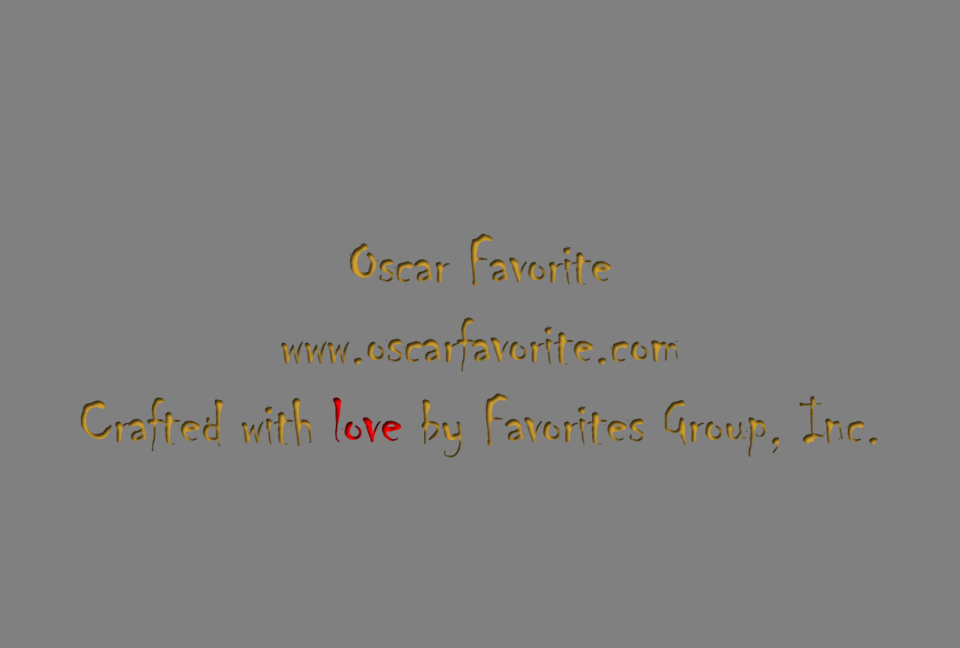